The Bad and Ugly Celebrity Tattoos 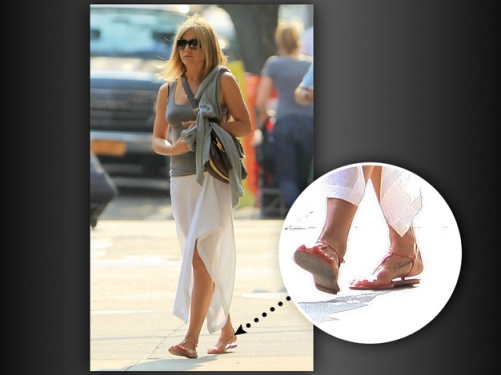 Jennifer Aniston was recently showing off her very first tattoo: the name "Norman" on the inside of her right foot but Jennifer chose one of the worst places of all time to get it. "The foot is consistently being exposed to the elements, naturally exfoliating itself and being exposed to constant friction. Even a good tattoo will not withstand that for much time at all," the expert tattoo artist explains. "Jennifer will be lucky if that tattoo looks decent for even a few months."
Angelina Jolie 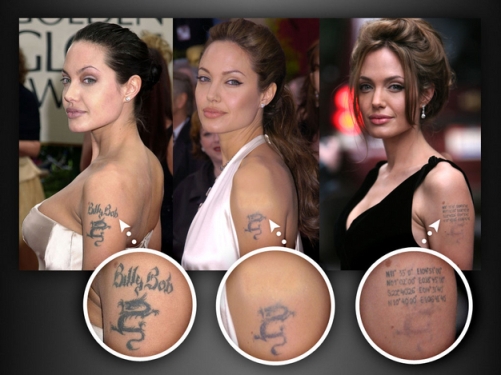 The tattoos on Angelina Jolie's upper left arm show the map coordinates for the birthplaces of her children. The tats have been inscribed in the same spot where a tribute to the 36-year-old actress's ex-husband Billy Bob Thornton once lay. His name, along with a Chinese dragon, were surgically removed after the pair divorced in 2003. "Tattoos last a lot longer than most romances, Thank god for laser."
Nikki Reed and Paul McDonald 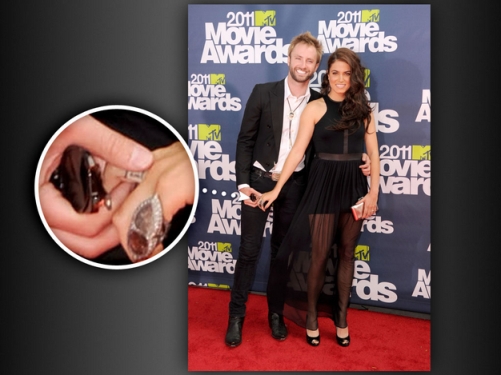 Newly engaged couple Nikki Reed and Paul McDonald wasted no time getting matching tattoos. After a two-month-long whirlwind romance, the "Twilight" actress and her "American Idol" alum beau inked each others' first names on their respective right-hand ring fingers. "I think when you have thought and effort, added with good taste, even the most simple tattoo concepts can be turned into something really nice,"
Rihanna 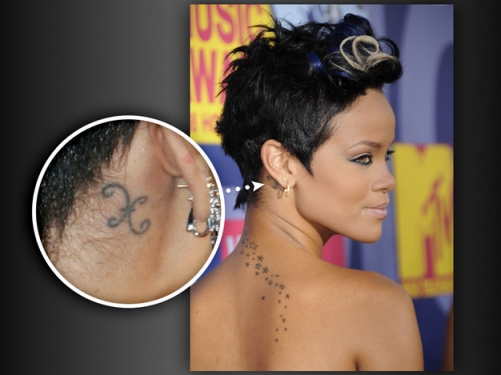 Songstress Rihanna sports a Pisces symbol tattoo behind her right ear. "A fine line runs between a job stopper and something you can pull off in this location. A lot of clients do not take into consideration when they see a trendy tattoo location and how something of this nature can change your future prospects forever. I obviously do not support tattoo prejudice, but that doesn't mean it does not exist. With a tattoo like this, something as simple as pushing your hair behind your ears in an interview may lose you a job to competition. Rihanna pulls it off, but then again, I doubt she will be looking for a job anytime soon either."
Hayden Panettiere 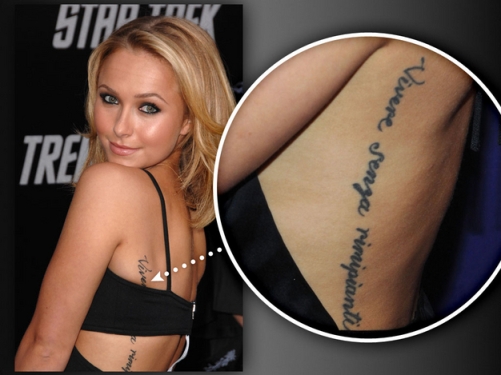 "Heroes" starlet Hayden Panettiere is often pictured showing off the tattoo she has running down the left side of her back, despite it being misspelled. In full, it reads, "Vivere senza rimipianti," which is meant to be "to live without regrets" in Italian. Unfortunately for the 21-year-old actress, her tattoo reads "rimipianti" instead of "rimpianti," adding an extra "i. She got the wrong person for the job. A reputable shop double checks spelling." Although initially horrified about the misspelling, Panettiere says she is proud of her tattoo and wants to "live up to what it means."
Lil Wayne 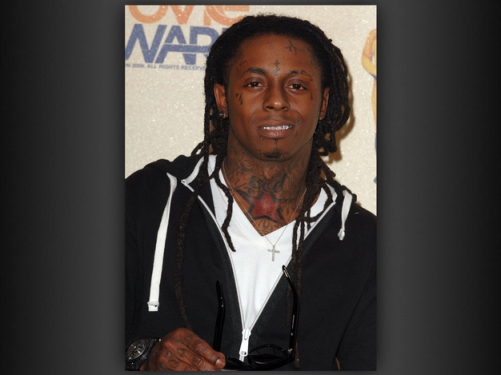 How many tattoos does rapper Lil Wayne have? We're betting that Lil Wayne himself isn't able to answer that question. "I seriously doubt Lil Wayne put the thought necessary into any of his tattoos, especially the ones on his face. He went from very little to being tattooed everywhere in about a year."
Johnny Depp 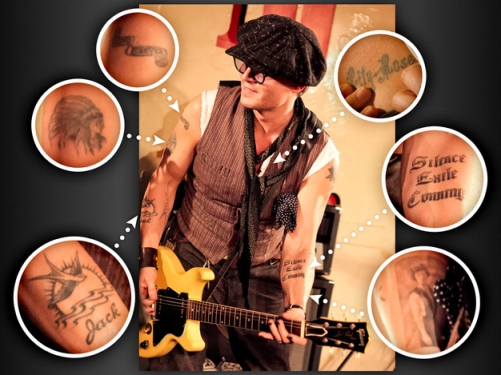 Johnny Depp is another celebrity who's a fanatic lover of tattoos, having numerous tats all over his body. From dedications to his children (Jack and Lily-Rose) and ancestral heritage (Cherokee Indian) to even the ink he had altered (Wino Forever) after he broke up with actress Winona Ryder, Depp's tattoos seem to suit him. "Johnny Depp looks like he earned his tattoos with a mug of wine from some old pirates. But somehow he still manages to make them look cool."
Pamela Anderson 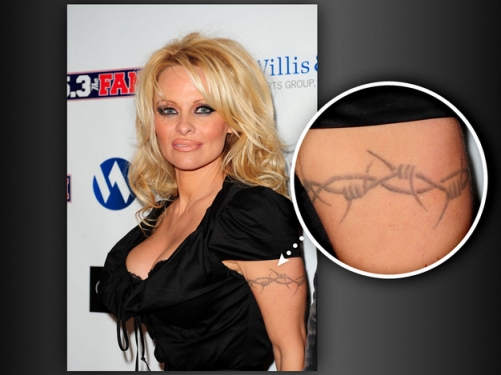 Pamela Anderson rocks a barbed-wire armband tattoo on her left bicep. "The overly trendy, everyone-has-to-have tattoo began its career as the armband, then it moved to the lower back, and now it is working its way back up again. Tattoos should be about individuality, not what's hot, because it may not be for long."

Thank you for taking your time to stop by and read my post :) Now I'd love to hear from you. Let me know, "What is in the post for you?" ;) Please add your comment and feel free to come back soon..again :)
EmoticonEmoticon